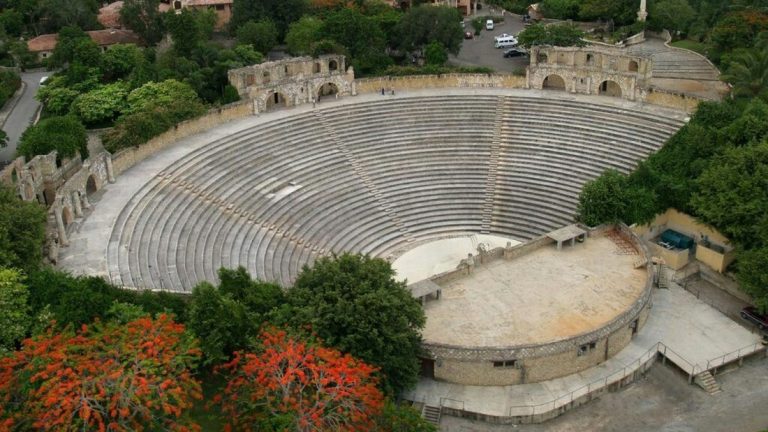 Several excursions will combine a visit to the artist village atop a hill in La Romana, Altos de Chavon, a freestyle rendition of a 16th-century Italian hilltop town inaugurated by Frank Sinatra that is part of the casa de campo complex in La Romana. A visit to Altos de Chavon is usually combined with several other tours, including the eastern town tour or the sauna island tour. Which would make it a full-day excursion.

Altos de Chavon is not only a place where events such as concerts are held, but it is also a cultural place, one of the most emblematic and popular of the Roman city, but it can also be considered as a museum.

The construction of this mini-city began in 1976 when the president of a company that builds road had to destroy a mountain of stones to take advantage of those stones, it occurred to him to build a 16th-century villa. The construction was in charge of the Italian “Roberto Copa “who was inspired by a medieval Italian city was inaugurated in 1982.

Altos de Chavon also has an art school and the amphitheatre that is where the artists perform, it has been the place of events for a hundred famous artists such as Ana Gabriel, Juan Luis Guerra, Jennifer Lopez.